The Uppsala Perception and Cognition Lab performs basic and applied research in a number of areas of cognitive science. The lab has a long history in research concerned with basic issues in judgment and decision making, such as the causes of judgment biases (e.g., Overconfidence Bias & Hindsight Bias) and the cognitive processes involved in multiple-cue judgment, with connections also to categorization learning and with applications to eyewitness identification.

In recent years, the scope of the research performed in the lab has expanded, both in terms of the basic psychological issues addressed and the applications of the research. The research now also addresses issues involved in perception, visual working memory, the Approximate Number System (ANS) and other numerical abilities, as well as the processes in risky decision making. Current examples of applied research associated with the lab concerns investigations into how feedback should best be provided to energy consumers in order to allow them to use energy more efficiently, what motivates people to adopt a more environmental-friendly behavior, and the consequences of Confirmation Bias in the judicial system.

The lab has traditionally been inspired by a Brunswikian theoretical tradition that emphasizes the importance of studying and understanding human behavior in relation to the properties of our natural environments (ecology). Much of the research has also been concerned with linking basic research on memory and categorization to judgment and decision making. A frequently addressed theme concerns the rationality of perceptual and cognitive processes.

Methodologically the research is dominated by behavioral laboratory experiments, but other empirical methods are also used, including field experiments and questionnaires. The theoretical work is often accompanied by the implementation of theories as computational models that are applied to empirical data.

Welcome to our world. 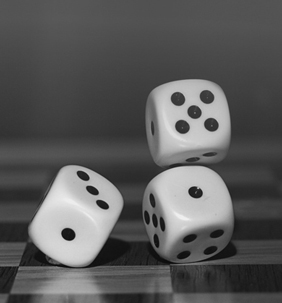