Rationality in Perception and Cognition

Whether humans are rational decision makers is a central question in research on both perception and higher-level cognition. Surprisingly, the two fields have delivered seemingly contradictory answers: while humans are generally found to perform near-optimally on perceptual inference tasks, the cognitive sciences have reported many cases in which inferences seem instead to be governed by suboptimal heuristics and biases.

This one-day symposium will bring together researchers from both fields to discuss recent progress in research on rationality. Speakers are encouraged to make a link between their work and questions related to the "perception-cognition gap": does it reflect an intrinsic difference in human inference mechanisms or could it be ascribed to, for example, differences in empirical paradigms or definitions of rationality?

The symposium is held in the Bertil Hammer Hall at Campus Blåsenhus. 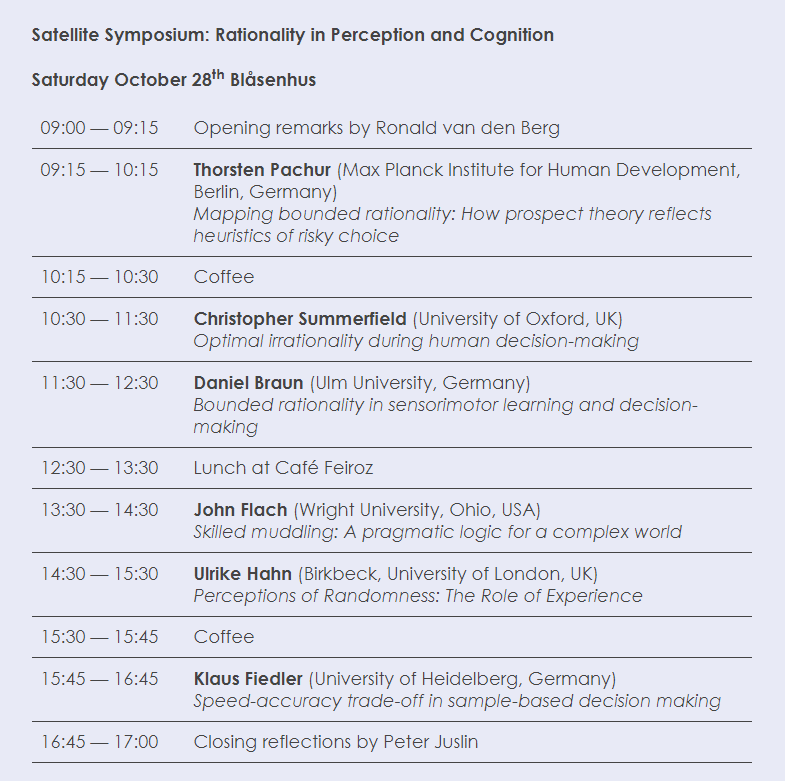 Attendance is free, but to have an accurate head count for organizational reasons (room, lunch, etc), please register here if you plan to attend